World-class women are hard to find… but you can trust that Escort Directory UK only brings you the most beautiful, talented escorts in Leeds. We’ve worked hard to source girls who have the looks, the charm and the incredible bodies to show you the time of your life in the local area.

From sexy students to mature stunners, home-grown Leeds girls to exotic enchanters, our range of Leeds escorts brings you everything you could ever wish for. Hire an escort for an event or function, or explore your fantasies in private with the girl of your dreams – whatever you choose to do with your escort, your time with them will be truly unforgettable.

What we love about our Leeds escorts is what you see is what you get. All of the photos on these profiles are 100% genuine, so you’ll never be disappointed by your date. And because our girls work as independent escorts in Leeds, their reputation means everything to them, which means they’ll go the extra mile to make sure you’re satisfied with your experience!

We know for a fact that our girls are the best in the business. To discover what all the fuss is about, call our independent escorts in Leeds directly to make your booking.

EVA, 20  Leeds Escort
Hello guys I am a nice and genuine girl in Leeds. What you see, is what you get! ❤
Verified

Lisa, 24  Leeds Escort
Hiya, my name is Lisa and I’m a 24-year-old preop Tgirl based in Leeds.

Alexandra, 24  Leeds Escort
I am ready for some fun very pretty girl who wants to please
Verified

Alexa, 28  Yorkshire Escort
Hi there I am Alexa i live in Leeds .You can just call or text and I can be with you ASAP.
Verified

Meet Leeds Escort, 23  Leeds Escort
If you would picture your own image of the most perfectly desirable woman, then Nicole could be just that! She looks stunning but has an intriguing personality that reveals her interest in all kinds o

Dee, 18  I am not an Escort
Teen Model Seeks Guys For Chat and Long Term Friendship. Please Call Me x

Denisa, 18  Independent Teen Escort
Call girl is waiting for you 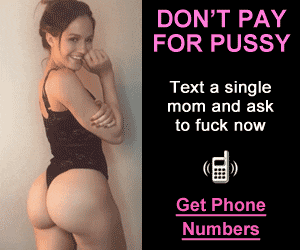